Ingress from Google is an augmented reality multiplayer online game created by Niantic Labs for Android devices.
Google is setting new standards in each and every field of work it lays its hands on, and now with Ingress , Google is all set to redefine and set new standards in gaming.
Ingress is a location based realistic Android game in which the game is actually set in the real world. The game Ingress has been given the tag line " There is a world within our world ".
Gameplay probably revolves around finding portals which are opening up all around the world, in real world locations like colleges, theaters, libraries, malls, museums etc. and collection of XM "Exotic matter" with the device.
* The Android game is available for free in fully working beta version on Google Play. *

Check out the Official Trailer of Ingress !

Some screenshots of the Ingress Android game ! 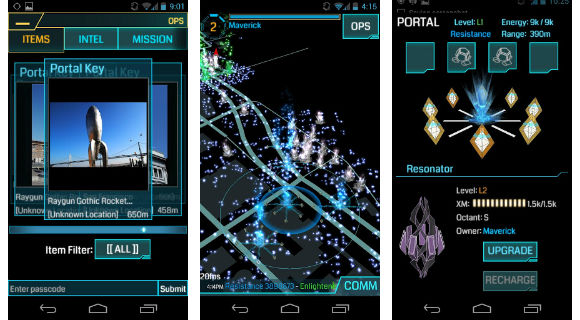 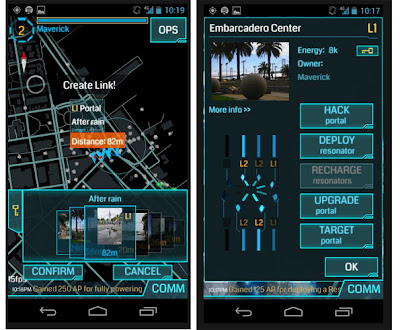 Game Requirements:
The minimum requirements to run the game are Android OS 2.3 Gingerbread  and 22 MB of memory.
The game is optimized to work only on smartphones so far, not tablets.