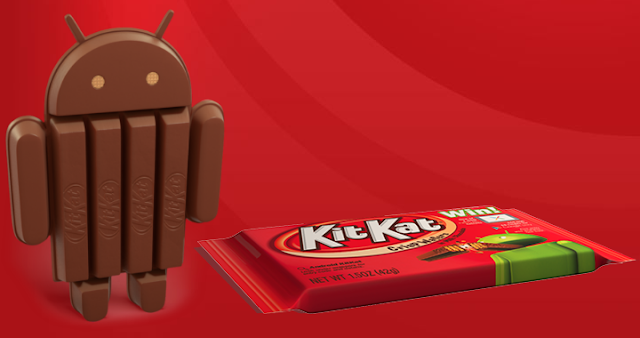 
Most of you would think that an update from Android Jellybean 4.3 to Android Kitkat 4.4 would not mean much and Android 4.4 would probably have very minor changes. But the all new Android 4.4 comes loaded with excellent features to make your phone work better than what it was with Android 4.3 Jellybean. Currently the Google Nexus 5 comes shipped with Android KitKat 4.4 out of the box. Some of the features of Android 4.4 KitKat are explained as follows with the help of the Nexus 5:

1. Translucent Status & Navigation bar:
One good feature included here in Android 4.4 is that the OS has a translucent status and navigation bar which used to hog up some of the screen space in the earlier Android 4.3 and before. Plus point is that Android 4.4 devices will feel a lot better because of the extra screen space which was earlier used up.

2. Supported on Android devices with lower Specifications:
The Android Kitkat 4.4 is said to be a very memory efficient OS compared to the earlier ones. Android KitKat 4.4 is optimized to run on lower end devices i.e devices with 512 MB of RAM can support Android KitKat 4.4
easily. However devices should be within the Google 18 month upload period as stated by gsmarena.com in its FAQs.

4. Hangouts:
Android 4.4 has a new and improved Google Hangouts. Hangouts has now integrated SMS and MMS and can be set as the default app for Messaging. Off course it still retains all its earlier features the most important being IM using google accounts. 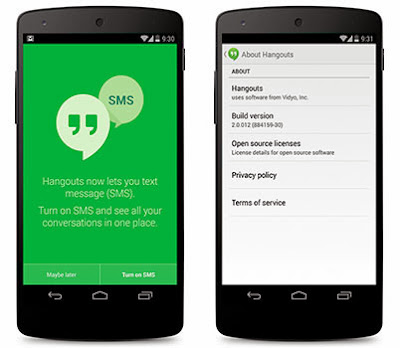 5. Dialer & Contact:
The dialer and contact app is completely new in Android 4.4 . When you open Contacts you'll get a list of contacts based on how frequently you used them. Android 4.4 integrates Google Search in the Search bar placed above which will search your phone or over the Internet for the contacts you type. The Dial pad will slide up and be ready for use once you press the button situated below. 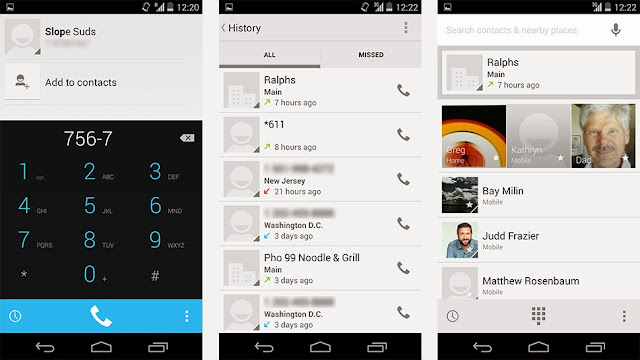 6. Incoming call detailed search:
If you get an incoming call from some local business etc. Android 4.4 will allow Google to search for Caller ID and  give you details about the caller like the name, image, address etc. 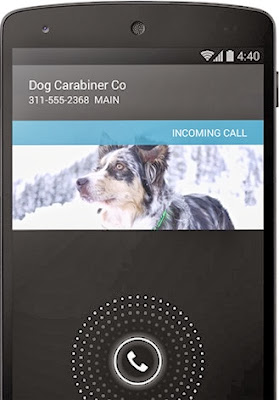 7. Home Screen with Google Now integrated:
Google now has become a part of the home screen in Android 4.4 and cant be shifted or moved, its position is fixed. 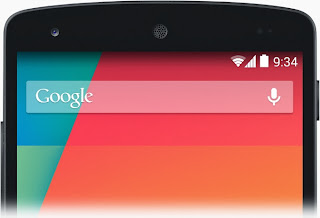 8. New Home Screen Icons:
Android 4.4 has changed the look of the icons present on the home screen. The new icons have a fresh look and they have received positive reviews by all.

9. Emojis in the Google Keyboard:
Now you have various Emojis a.k.a. emoticons, smileys etc integrated in the Google keyboard in Android 4.4 which you can use when you chat.

10. Full Screen Album Art on Lock screen:
Android Kitkat gives some good style to the Lock screen of the phone which is visually appealing. It displays the Album Art along with the media/file which is being played. 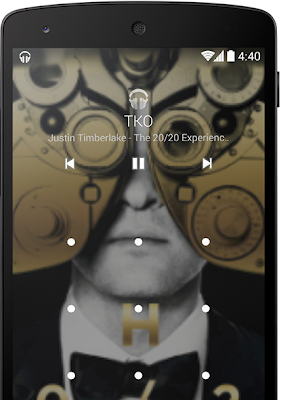 These are some of the most Notable Features Of Android KitKat 4.4 and there are various other features which makes the New Android KitKat 4.4 OS standout from its predecessors. Google has Integrated what they do best i.e Searching using Google Now with almost all of the important apps present in the phone.
Thus Android KitKat 4.4 has proved to be an all new and refreshing Android Operating System made by Google.
Posted by DSZ at 03:36