Facebook Home is purely made for all the people who are totally glued to facebook all day long. It comes together as a good user friendly interface for you to post, share, chat, comment and do many other things hassle free. It will transform your Android phone into a Social phone.
This App's for you if you love Facebook.
Facebook has teamed up with HTC to make the
Facebook Phone " HTC First ".
The HTC First will be the first phone to have Facebook Home powered along with Jelly bean Android 4.1 .
This phone is specially designed for people who are socially connected using Facebook. The HTC First will be out on
April 12th for $450 and for $99.99 on a contract from AT & T in the US.
Facebook Home Screenlock : 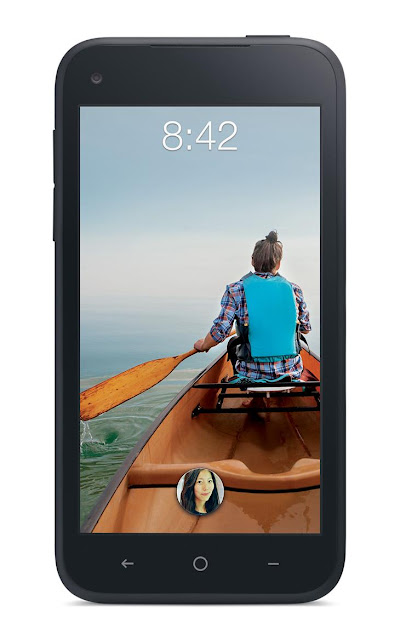 Facebook Home wants to be as friendly with its users as possible.The screenlock is pretty neat and features the users image.

Facebook Home will be available for download on Google Play from the 12th of April this year.

Other than the HTC First
The Facebook Home App is expected to release for the following phones :
Samsung Galaxy S III, S4, Note II,
HTC One and One X+ .

Mark Zuckerberg also added that the Tablet version of the Facebook Home App is expected to complete later in the year.
Posted by DSZ at 23:08 No comments:

Warning ! Proceed at your own risk, I am not responsible for any kind of damage caused to your phone.
The stock ROM of Galaxy Ace GT - S5830i doesn't belong to me, it belongs to the respective owner who compiled it. All credits to the person who compiled the Ace GT - S5830i ROM. I am just giving a simple tutorial and re-posting the GT - S5830i ROM here as it is very difficult to find the correct working stock ROM.

Note: Your phone should have a minimum 85% of Battery before you start the operation.

If your phone isn't starting at all, just follow the steps strictly in the exact sequence

Follow the steps below :
1) Install the usb drivers of your phone in the PC, or you can simply install the Kies software from Samsung.

2) Download and extract all the files from here in one place using Winrar or any other software.
https://www.4shared.com/rar/lK21z9YI/repacked_by_DSZ.html
The rar file will consist of the following files :
3) Extract the " S5830iXXKL1____******** " file in the same folder, password is in the Readme.
You should get the following files :
4) Now you have all that you need, no more downloading required.
Lets proceed to get your phone fixed.


5) Open Odin and run as Administrator. 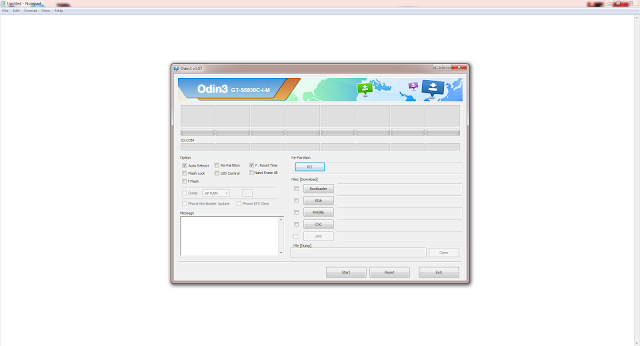 6) Insert the following files in Odin very carefully.
Use the Readme file if you have any doubt . 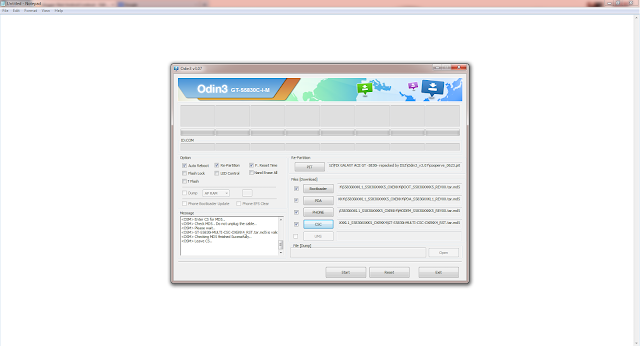 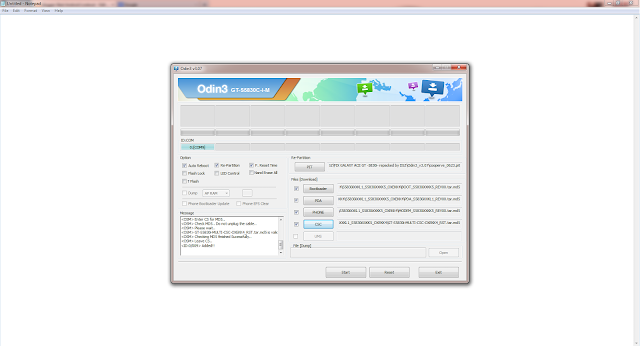 8) Now click on Start to begin the flashing.
9) If the Flashing is successful it will display as below. 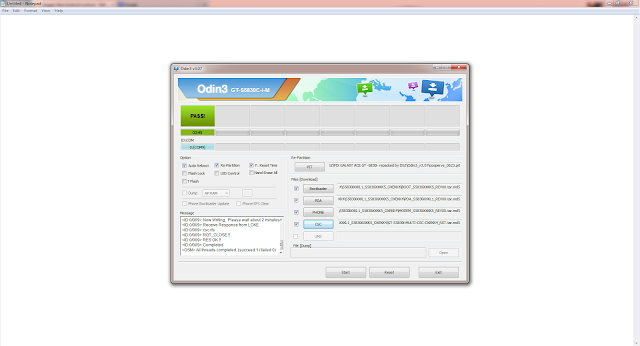 10) Your 5830i should restart automatically and have a normal startup otherwise power it on yourself if there is complete in-activity.
Don't forget to Select your language at startup !


Congrats ! you have Unbricked and fixed your Samsung Galaxy Ace 5830i with the Stock Firmware.
Posted by DSZ at 23:26 5 comments: